Well, we’re off to another school year, and this time, it will be a bit different since many of us are off to new places.

As some of you may already know, the new place where I will be teaching is totally off the grid.

I first heard the expression “off the grid” when I was visiting Hawaii about ten years ago.  My husband and I were in the back of an SUV heading to a rainforest for a walking tour.  Our guide, a native Hawaiian, pointed out a house set all by itself, behind some trees, about half-way up a hill.   He told us that the house was “off the grid”, meaning that it wasn’t connected to any electricity.  The owner was completely self-sufficient in regard to power.  He also provided for most of his own food and water.   I thought it was pretty remarkable that in this day and age, someone decided to live in a such a self-reliant manner.

My new teaching adventure is similar to that self-reliant, independent man in that I am no longer connected to a school.  This year, I will be teaching a small group of homeschooling students.  Cooper and I will be learning all subjects, with the exception of math, together.  Peter will join us for language arts.  Emmalee, Juliana and Ellie will join us for special events like book clubs, field trips, and curriculum days.  And who knows?  We may find some more friends along the way.

I have taught in a lot of settings: public high school, public middle school, Catholic elementary school, and a detention center for juvenile boys.  I have never been totally on my own before, so this is a new adventure.

Although it is different, and I am a bit nervous, I think I am going to LOVE it! 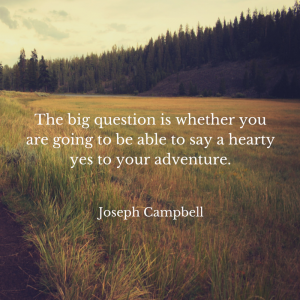 In honor of our new adventure, I have changed the title and theme of our blog.  Not to worry, though; all our old posts are still here, and currently, so are the links to the blogs of all the students who have not yet graduated.  How do you like the new title and theme?

P.S.  Whose famous line is “trust thyself”?  What is the name of his well-known essay? 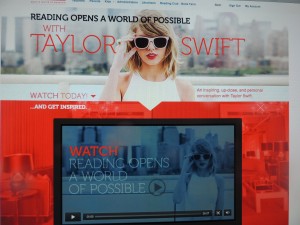 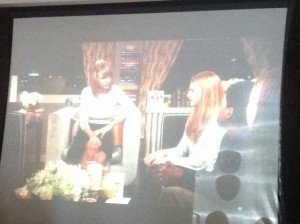 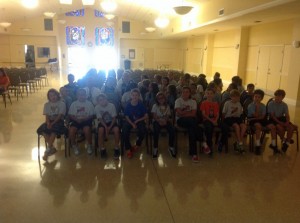 One of our language arts traditions is to celebrate the end of our academic year with a Literary Tea Party. Each student chooses a character from a book we have read and comes to class in costume. Some of us share refreshments that were mentioned in the stories. Characters who came to tea this year were from the novels: Under the Blood Red Sun, by Graham Salisbury (currently in the process of being made into a movie for release in April 2014); Elijah of Buxton, by Christopher Paul Curtis; The Shakespeare Stealer, by Gary Blackwood; Found by Margaret Peterson Haddix; and Freak the Mighty, by Rodman Philbrick. Guests also included characters from adaptations of Henry IV and Romeo and Juliet, by, of course, William Shakespeare.

If you could be any character in a book, whom would you choose and why?

As we become lifelong readers, we realize that we may often be in situations where someone asks us, “Have you read any good books lately?”  This question may arise at a dinner party, a book club, or when out to dinner with friends.  We decided to turn our classroom into a cafe so that we could practice the niceties of conversation and dining in one fell swoop.  Thanks to all our terrific parents who sent us some goodies!  We enjoyed donuts, cookies, fruit, assorted chips, candy, chocolate milk and soda.   Everyone fed their bodies with snacks and brains with conversation as we discussed books we read this month and practiced our etiquette while dining.

Here are some favorite tomes:

As you can see, we have a diverse selection of books fueled by the interests of a diverse group of kids!  If you are looking for a summer read, you might find a good choice from our list.   Then you can get together with your friends for your own book talk cafe!

If one of these titles interests you, leave a comment here, and I can direct you to the blog of the student who read that book.  Happy Reading!

Rather than collecting book reports this month, I will host a Book Talk Café.   One of my goals is to develop students who are lifelong readers.  As an adult, after I have read a book, I like to talk about it with others who may find it interesting.  I also like to hear about books that my friends have read.  Book Talk Café will involve learning about the art of conversation.

You should think about how you would answer these questions for the book you read this month.

It’s also nice to have something to eat while you are enjoying conversation with your friends.  Of course, eating with others has its own etiquette.  In addition to practicing the art of conversation, we will also practice good manners.   Dining in a pleasant atmosphere adds to the enjoyment of the food and conversation.   I will provide some decorations for our café, some simple refreshments, and a brief overview of appropriate manners for conversation and dining.  If any parents would be interested in supplementing our menu, we would all be appreciative.  Please let me know via your child, through email, or as a blog comment.

Thank you so much!